Upcoming strikes in France and the UK in October. Find out more

Best time to visit
Any time of the year

There are so many iconic sights to see in Paris, it’s hard to know where to start. This 3-day itinerary gives you some ideas of what to see if you’re only in Paris for a few days and want to make the most of your time.

As walking around museums can be quite tiring, we’ve spread the big ones out over three days so you don’t get overwhelmed. There are tips for avoiding queues, getting the best price on attractions and addresses of bars, restaurants and cafes for pit stops along the way.

The centre of Paris is just 2hrs 16 mins away with Eurostar and with up to 15 trains a day, there's a timetable and price to suit everyone.

This is the area south of the river where the 6th and 7th districts are located, home to the Musée d'Orsay, the Eiffel Tower, Les Invalides, Napoleon's Tomb, the Rodin Museum and some of the city's most beautiful streets.

DAY 2: The Louvre, Centre Pompidou and the Marais

Today is a day of contrasts, taking you from the ultra modern pyramid of the Louvre to the quaint winding streets of the Marais via historic Palais Royal and an icon of 20th century architecture.

No trip to Paris is complete without visiting these two iconic monuments, made famous in film and literature.

To use the Paris Metro, you need to know the number of the line you are taking and the end station which gives you the direction. So, for example, where in London you might be on the Victoria line Southbound, in Paris you would be on Line 4, direction Porte de Clignancourt.

Paris also has the RER, which is a bit like Thameslink or the Overground, going a bit further out to the suburbs and the main airports. There are 5 lines, A-E, which branch out to different destinations. RER Line A, direction Marne-la-Valee Chessy, is the line that goes to Disneyland Paris and Line C, direction Versailles Chateau, will take you out to Versailles.

The RER connects with the Metro and you can use the same tickets, within equivalent zones. Visit the RATP site for service updates, maps and a travel planner.

The bus is a lovely alternative to the Metro as you see so much more as you're travelling around. Paris has a good network of routes and the buses themselves are modern and air conditioned.

Every bus has a map of the route on the wall and the name of the next stop is shown on a screen and announced, so you don't need to worry about not knowing where to get off. If you don't speak French, be aware that the names of the stops may not be pronounced the way they are written - so keep your eye on the screen.

August is the best time to take the bus in Paris as the streets of the city empty during the summer holidays, when locals head off to the country.

Metro tickets are valid for buses as well as the Metro and RER. It's best to have your ticket already before boarding the bus. Once onboard you'll need to stamp it in the machine next to the driver. On the long stretchy buses you can also get on by the middle door, where there is also a machine.

Buses are a great way to see the sights without spending money. If your feet are tired and you fancy a bit of armchair sightseeing, there are a few routes that are well worth taking for the views along the way

Line 80: From Montmartre (Place de Clichy) to the Eiffel tower (Ecole Militaire), via the Champs Elysées

Line 69: From Pere Lachaise Cemetery to the Eiffel Tower, via Bastille and the Louvre

Line 82: From the Luxembourg gardens to Trocadero, via Les Invalides and the Champs de Mars

Line 39: From Boulevard Hausmann (Grands Boulevards) to Sevres Babylone via the Louvre and St Germain des Pres (great for shoppers)

Paris has its own equivalent of the Santander hire bikes, called Velib, including the new electric bikes with a range of 50 kms. You can get 1 and 7 day passes that allow you to take up to 5 bikes a day. Just find the nearest docking station via the app, hop on and get exploring.

Some good areas to try are along the Canal St-Martin up to Bassin de la Villette and around the Bois de Vincennes. 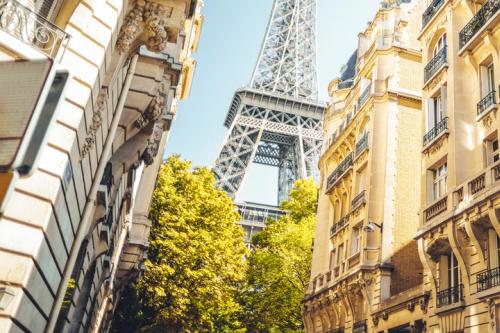 Paris is all about people watching, as you drink coffee on a café terrace. 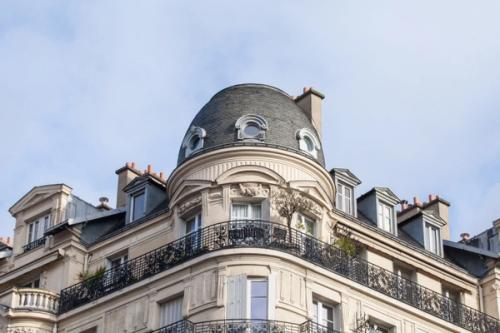 Where to stay in Paris

An easy guide by district to help you decide on the best place to stay on your city break. 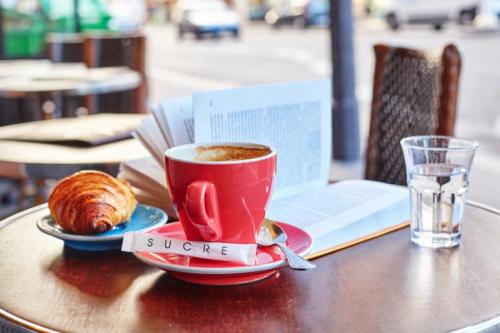 A 2-day itinerary to help you make the most out of your stay in Paris.